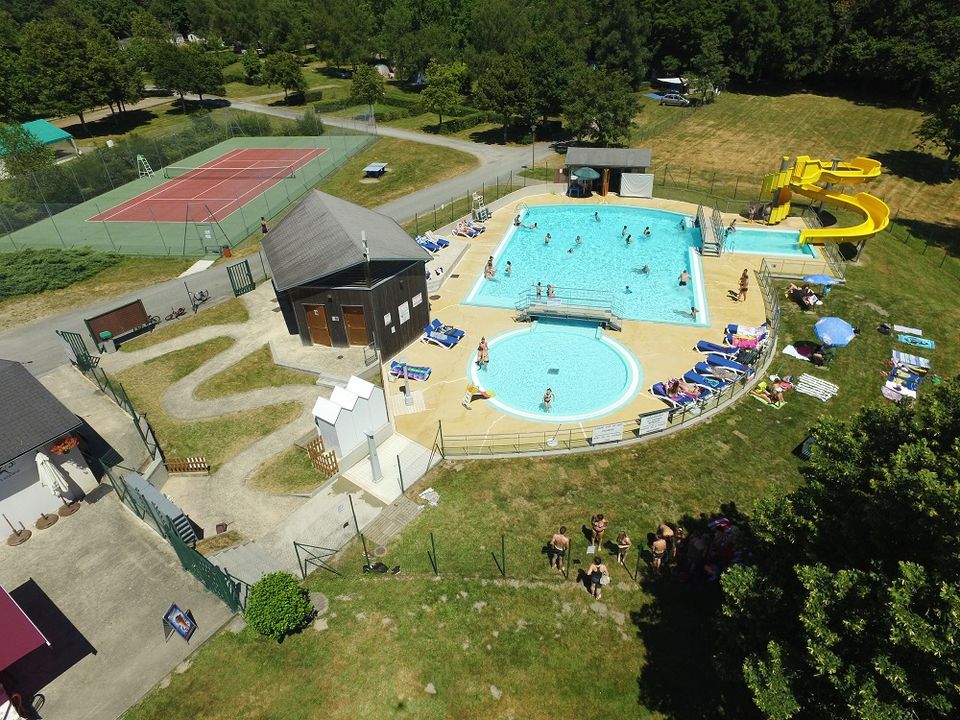 A good site well looked after overlooking the lake that it is named after. You cannot swim in the lake but the lovely pool makes up for that. The pitches are a good size but you do not have individual water taps to each. The shower and toilet blocks are first class and kept very clean. The on site... restaurant has freshly cooked meals, all straight forward, but at a moderate cost. A real get away and relax site, recommended.

On arrival we found the check in was easy with perfect English spoken by a very pleasant lady on reception. We were left to our choice of a number of spacious pitches so we chose one overlooking the lake and set up. You may need a long electric hook up lead as some of the power points are a good distance... away. Charcoal barbeques are allowed and the heated pool was one of the best maintained we found in our 3 week stay in France. There are 2 very attentive lifeguards who when they found out our son had only long shorts directed him to reception where he was able to borrow some and other children were also offered swimming aids and guidance on swimming.

All in all a great campsite that we will definitely make a point of visiting again. Thank you for a lovely (albeit short) stay which was only £40 including free wifi, free washing machines and dryers and the daily use of pedalos on the lake.

You can use the pool in the afternoon as visitors. Also the pedalos. The cafe has fish and chip evenings and seems to be run by English. Don't know what the local French people make of it. There is a problem getting to 200 characters. Technical issue

ManxTraveller09
Balledent, Frankreich
Good at reception, then down hill from there.......!!!

After being greeted at reception, which was very welcoming, our stay was very disappointing.
We went to the new restaurant at lunch for a light snack (in 38 degree heat) to be told only a plat du jour was available, despite an ajoining table ordering a meal not offered. The reason.......the French don't... want to eat anything other than the plat at lunch times...!!! Strange.....as only 2 cars on site were French, the rest were Dutch or British, could this be a missed opportunity? This was compounded by a visit to reception later that day where a lunch time snack menu was available and we were told this should be available,,,,,,,!!
The next day we went for ice creams at around midday....empty restaurant.... but were told the ice cream machine needed cleaning, so none were available..!! Surely this should be cleaned prior to opening? Overall restaurant (which is under new management) was very disappointing.
The toboggan slide in the pool was not working. It had not been working all season, yet nothing was mentioned when we booked....and no discount was offered on the peak rate payment we made.
Crazy golf..... the course was overgrown and when all our balls were lost down the pipes filled with fallen leaves, after returning to reception to explain that the course could not be played, she reluctantly refunded the 6 € to us

On the upside, toilets were clean and the site was litter free

The new owners have made great improvements to the restaurant, it is clean and bright. Menu to suit all tastes. Wonderful setting by the lake for a meal and drink. The pool is open in the afternoon so a good all round family place .