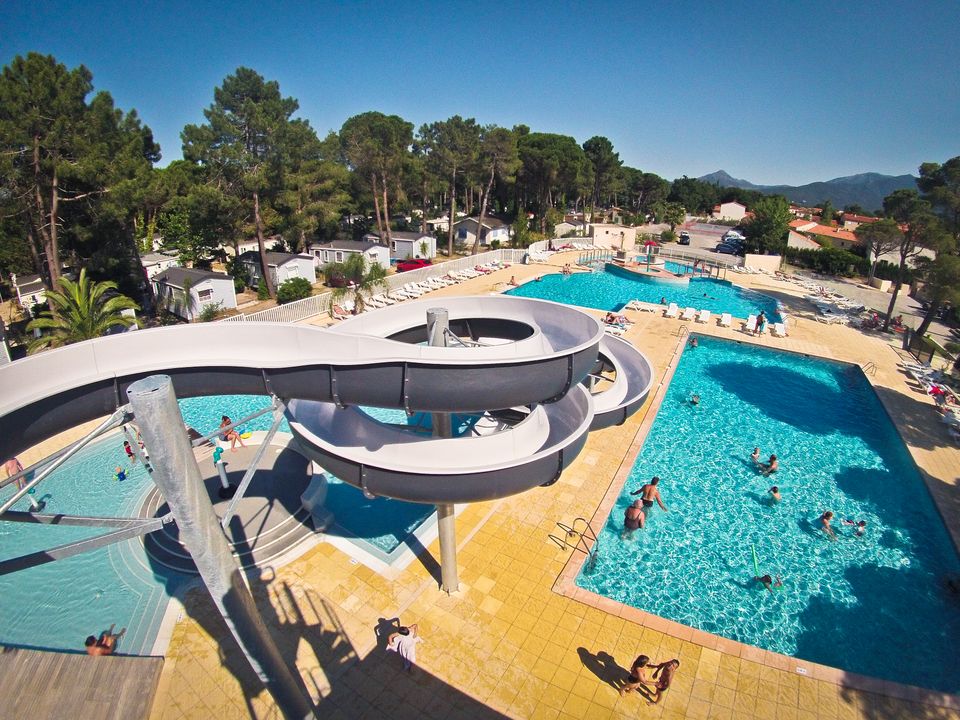 Had a great time at taxo le pins at end of September, the site was fairly quiet at this time of year, the mobile home was very basic but clean, the pool area is the main highlight of this site, lots of sun beds very clean and well kept, the bar and restaurant closed the weekend we were there so no idea... what the food was like an ideal location for a relaxing break.

We stayed at Taxo les pins for just over a week. The site is very beautiful, trees etc but over priced for the standard of accommodation, which is basic.
We paid just over 800 euros for 9 nights in August/ early September and this did not include any bedding towels or cleaning.
On arrival you have... to put down a 150 Euro deposit for damages an cleaning, when you leave they inspect the caravan with you to ensure it’s clean and no damages etc.
We were advised to use the local supermarket which was big and had everything we needed but again was very expensive, I’m not sure if the prices had been hiked up due to the numerous camping sites in the surrounding area.
Also it is really difficult to catch the bus into the village or to the beach. We initially had free use of the mini train (road) included with our stay but this offer ran out at the end of August so they wanted to charge 4.50 euros a person to go to the beach. As we like to walk about a lot we later found out that you can catch the bus for 1 Euro however no body tells you this and every time you ask a local person where the bus stop is they direct you back to where the mini trains are, there is no public information anywhere. It feels like they want the tourist to take the expensive train an the locals to use the bus, even the taxi driver added on euros to the fare.
Most of the staff were very pleasant and polite apart from one of the girls on reception who we met on arrival, she was quite rude and her attitude gave the impression she couldn’t be bothered, so we did our best to avoid her.
From a health an safety point of view, they really need to have more staff in the pool area. I witnessed a teenage girl almost drown, a lady dived in an saved her nobody including myself and her friends noticed her go under, once pulled out of the water she spent about 10 mins coughing and spluttering on the side of the pool afterwards whilst recovering.
Kids of all ages are dive bombing into the large pool from every angle, jumping off the top of the little wooden bridges totally unsupervised, no signage to say not to do this, no adults or staff telling them not to do it, you have to be self aware when swimming.
Also there is nobody supervising the big slide so large groups of people are often going down it together.
We had a pleasant holiday, the weather was beautiful, but wouldn’t go back.

Only tapped 1 star because 1 couldn't pick 0. Booked a pitch in advance for a camper van. Arrived and the pitch they led us to was tiny.You wouldn't park a car not to mind a campervan.We said it's too small and they gave us another pitch that was very very poor. There was tree stump in the middle of... it.We tried ringing around but it was so busy we had to stay.The pitches and dirty and unkept.The shower block was cold and also very dirty.If you decide to wash your dishes at night you have to do it in the dark and cold water.I would not give this a 4 star as we have stayed in other much superior 4 star.There is a kids splash pad area and when we went with our small child it was locked but yet the main pool was open.The paid wifi is good throughout the camp.The pool complex is good too but the experience we had and the general cleanliness of the site we would never return. The night we left another camper arrived and they had the same experience as us. They had a tiny pitch and had a small family. They were very upset.

Me and my family spent 4 nights in Taxo les Pins camping. We had over 30 degrees every day and it was lovley! The pool was great and on the camping there were lots of things to do. You could easily take the small train to the beach, other campings and also a big shoppingcenter. The mobil-home for six... persons was pretty small but since we are only 3 persons in my family it worked out pretty well. When we first arrived the cabin was not very clean, we had to wash all the dishes before we used them. In the houses there was no air-condition wich meant that if the windows weren't open it got really hot inside the cabin, but the camping was really great and I really missed it after we got home. One problem we had was that no one in my family speaks french and the french don't speak english wich meant we had to do some kind of sign language but we worked it out pretty well!

We spent one week over there just ro relax.
First of all, the good weather was with us (warm and sunny) 25 -26 degrees and without too many people...

The camping itself is easy to find wether when you come from Perpignan or from Spanish border.
The camping is very clean and the staff was very friendly... & profesional. In instance we had no more gaz bottle and 30 min after one lad replied to our mall matter...
The mobil home was good, quite new and clean , nothing to complain about.
You get 3 main pools and a bubble bath :
1 which is heated so no problem to dive in it
1 which is bigger but not heated so a little cold during 30 sec!
1 which is not very deep for small children
1 bath just to relax with the bubles...

You get a bar-restaurant.

Relating to the entertainment, you should have enough to spend a nice journey, to be honest I was more focus on relaxing that enjoying riding or playing some games...

Nearby I would advise to do the local market at Argeles/mer on Saturday's morning & the one of Collioure on Wedesnday, absolutely gorgeous little borough which remains really nice!Try the local pastery "Bougnette" which is excellent!

If you need to buy any stuff, you got a supermaket 2 min far from the camping.

At least during my week, main people were coming from UK (+/-60%) and the remaining people from France.

I recommand this camping w/o any doubt.
Just a last advice: May & June seem prefect to stay overthere as it's not yet crowdy.
July & August should be more difficult to move around...